The store will not work correctly in the case when cookies are disabled.

Frozen Ground: What Makes It Freeze? 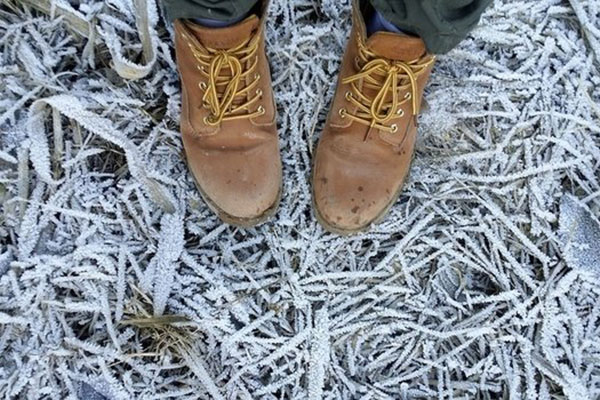 On December 31, 1967, the Green Bay Packers and the Dallas Cowboys competed for the NFL Championship in Green Bay, Wisconsin. They played in temperatures as low as -25° Celsius (-13º Fahrenheit). The players noticed that the field became so hard their cleats could not dig into the normally soft soil. They slipped and struggled to stay upright. Why? The ground had frozen solid.

Frozen ground occurs when the ground contains water, and the temperature of the ground goes below 0° Celsius (32° Fahrenheit). More than half of all the land in the Northern Hemisphere freezes and thaws every year, and is called seasonally frozen ground. One-fourth of the land in the Northern Hemisphere has an underground layer that stays frozen all year long. If the ground remains frozen for at least two years in a row it is called permafrost.

What Makes the Ground Freeze?

When ground is frozen solid, the water between the rocks, soil, and pebbles, and even inside the rocks, has frozen and becomes pore ice. The ground freezes when the water in the ground becomes ice.

How Does the Density of Water Affect Frozen Ground?

When water turns into ice, it can expand with great force and cause the ground to swell. In areas with a cold winter season, frozen ground can damage roads. For example, water turning to ice under roads sometime creates frost heave. Expanding ice pushes up the road and creates a hump, which later, after a thaw, will create potholes and sunken sections in a roadway.

The Ground Below is Not All the Same Temperature

The ground is not the only thing that insulates itself from the air. For example, think of a lake on a hot summer day. The first few feet of the lake will be warm. But closer to the bottom of the lake, the water will be much cooler. The Sun’s heat has less effect on the water deeper below the surface. This layering of temperatures is called a temperature gradient.

The type of soil in an area also affects how the ground will store heat. Loose soils like sand have more space for water and ice forms more easily. Dense soils with small particles do not have as much space for water. Clay, for example, does not freeze as easily as sand. Light-colored soils freeze sooner and stay frozen longer than dark soils. Light-colored soils and rocks reflect sunlight, keeping the ground cooler.

How Deep Does the Ground Freeze?

How Does the Local Landscape Affect Frozen Ground? 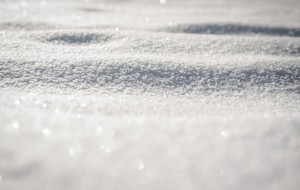 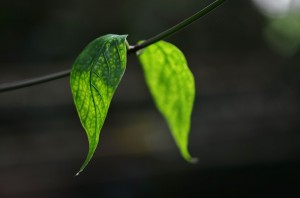 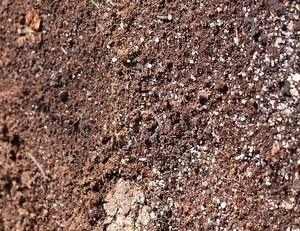 Peat is soil that forms when dead plants do not decompose all the way. Peat is found in marshy areas that form when the active layer thaws. The ground under peat is usually colder than ground not covered by a peat layer. In the winter, peat freezes and allows heat to leave the ground. Because the heat escapes, more frozen ground and permafrost form. 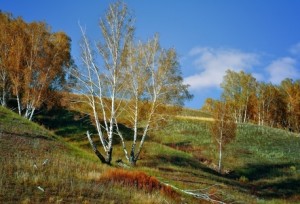 Hillsides and mountain slopes can affect frozen ground and permafrost.

Steep slopes are likely to contain frozen ground. The steepness of the slope affects how much sunlight it gets. Steep slopes do not get as much direct sunlight, so they are colder. Steep slopes do not hold snow cover very well, so the bare ground loses more heat. Wind direction also affects whether frozen ground forms. If a slope faces into the wind, the ground will lose more heat. Plus, the wind will blow snow away making the ground even colder. 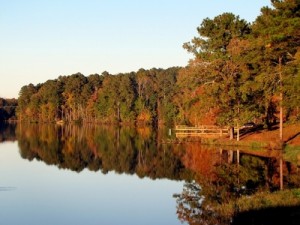 Lakes and rivers are sources of heat in cold places. The water is warmer than the surrounding air and can keep the ground beneath it warmer in the winter. Lakes and rivers might not have frozen ground under them. Or, they might have a thicker active layer compared to nearby land.

The Powerblanket® Solution for Frozen Ground 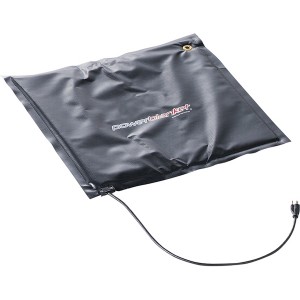 When it’s cold and the ground freezes, the job suffers. Often prep for winter construction takes longer than the actual job. Some industrial companies try heating the ground with massive coils or large heating systems, which become expensive and cumbersome. This approach requires rental fees and transporting equipment. Powerblanket has a solution for the difficulties and delays associated with winter construction and cold/freezing temperatures. With Powerblanket’s patented heating technology you can prep the ground with little to no effort or supervision on your part. 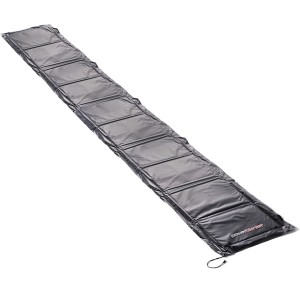 “Your blankets are absolutely excellent. Thanks to the Powerblankets, we could quickly thaw the ground and complete our job. In fact, we estimate a savings of 10 hours per site equaling a savings of $5,000 already. Calculating this to our thousands of sites, the savings is huge! We are excited about the time and money Powerblanket has saved us and look forward to future savings.”